The treatment of cancer with drugs that can destroy cancer cells. These drugs often are called “anticancer” drugs.

How Does Chemotherapy Work?

Normal cells grow and die in a controlled way. When cancer occurs, cells in the body that are not normal keep dividing and forming more cells without control. Anticancer drugs destroy cancer cells by stopping them from growing or multiplying. Healthy cells can also be harmed, especially those that divide quickly. The harm to healthy cells is what causes side effects. These cells usually repair themselves after chemotherapy. Because some drugs work better together than alone, often two or more drugs are given at the same time. This is called combination chemotherapy.

Is Chemotherapy Used With Other Treatments?

Sometimes chemotherapy is the only treatment a patient receives. More often, however, chemotherapy is used in addition to surgery, radiation therapy, and/or biological therapy to: 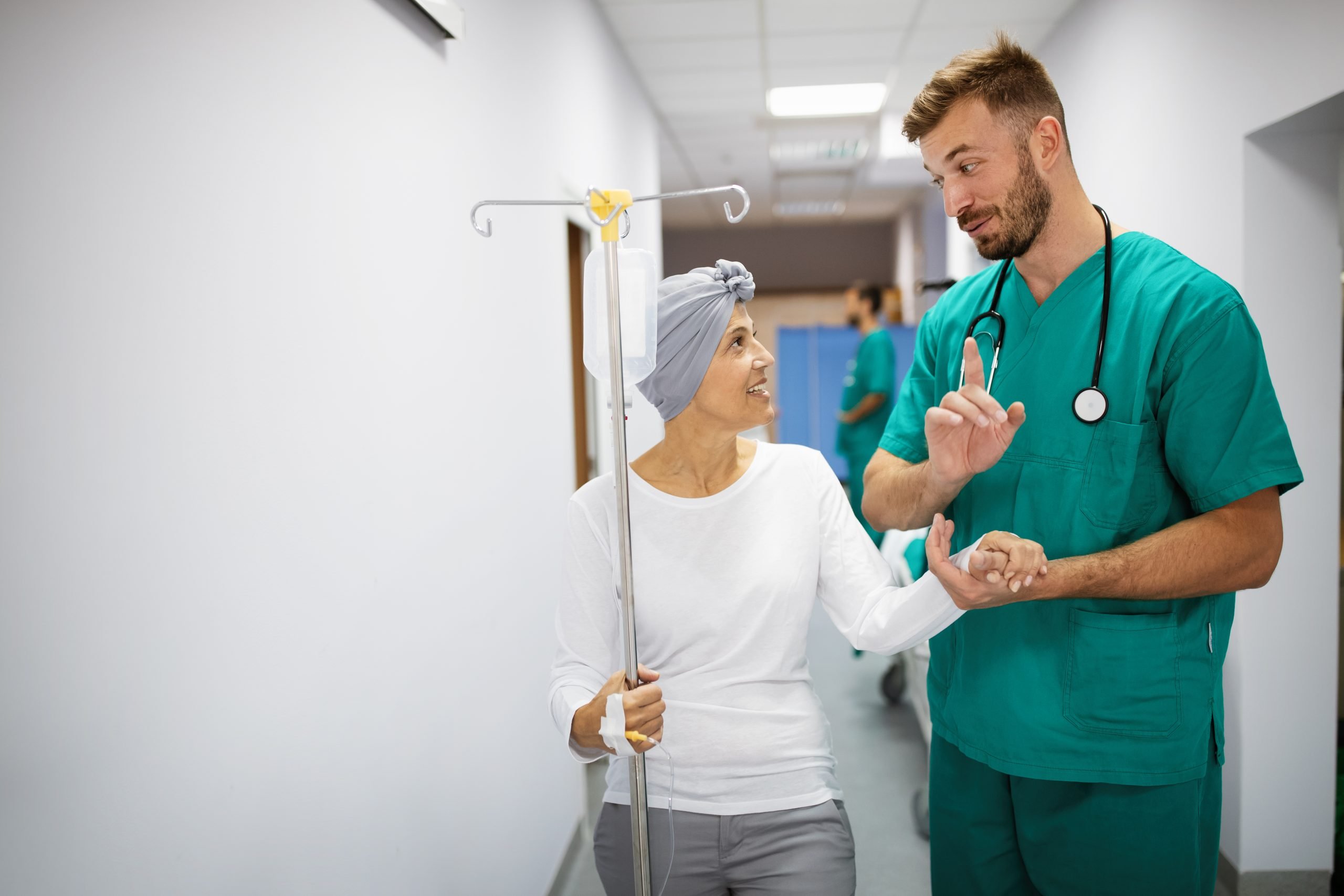 What Can I Expect During Chemotherapy?

Some people with cancer want to know every detail about their condition and their treatment. Others prefer only general information. The choice of how much information to seek is yours, but there are questions that every person getting chemotherapy should ask. This list is just a start. Always feel free to ask your doctor, nurse, and pharmacist as many questions as you want. If you do not understand their answers, keep asking until you do. Remember, there is no such thing as a “stupid” question, especially about cancer or your treatment. To make sure you get all the answers you want, you may find it helpful to draw up a list of questions before each doctor’s appointment. Some people keep a “running list” and jot down each new question as it occurs to them.

How Often and for How Long Will I Get Chemotherapy?

How often and how long you get chemotherapy depends on:

You may get treatment every day, every week, or every month. Chemotherapy is often given in cycles that include treatment periods alternated with rest periods. Rest periods give your body a chance to build healthy new cells and regain its strength. Ask your health care provider to tell you how long and how often you may expect to get treatment.

Sticking with your treatment schedule is very important for the drugs to work right. Schedules may need to be changed for holidays and other reasons. If you miss a treatment session or skip a dose of the drug, contact your doctor.

Sometimes, your doctor may need to delay a treatment based on the results of certain blood tests. (See the sections on Fatigue, Infection, and Anemia.) Your doctor will let you know what to do during this time and when to start your treatment again. 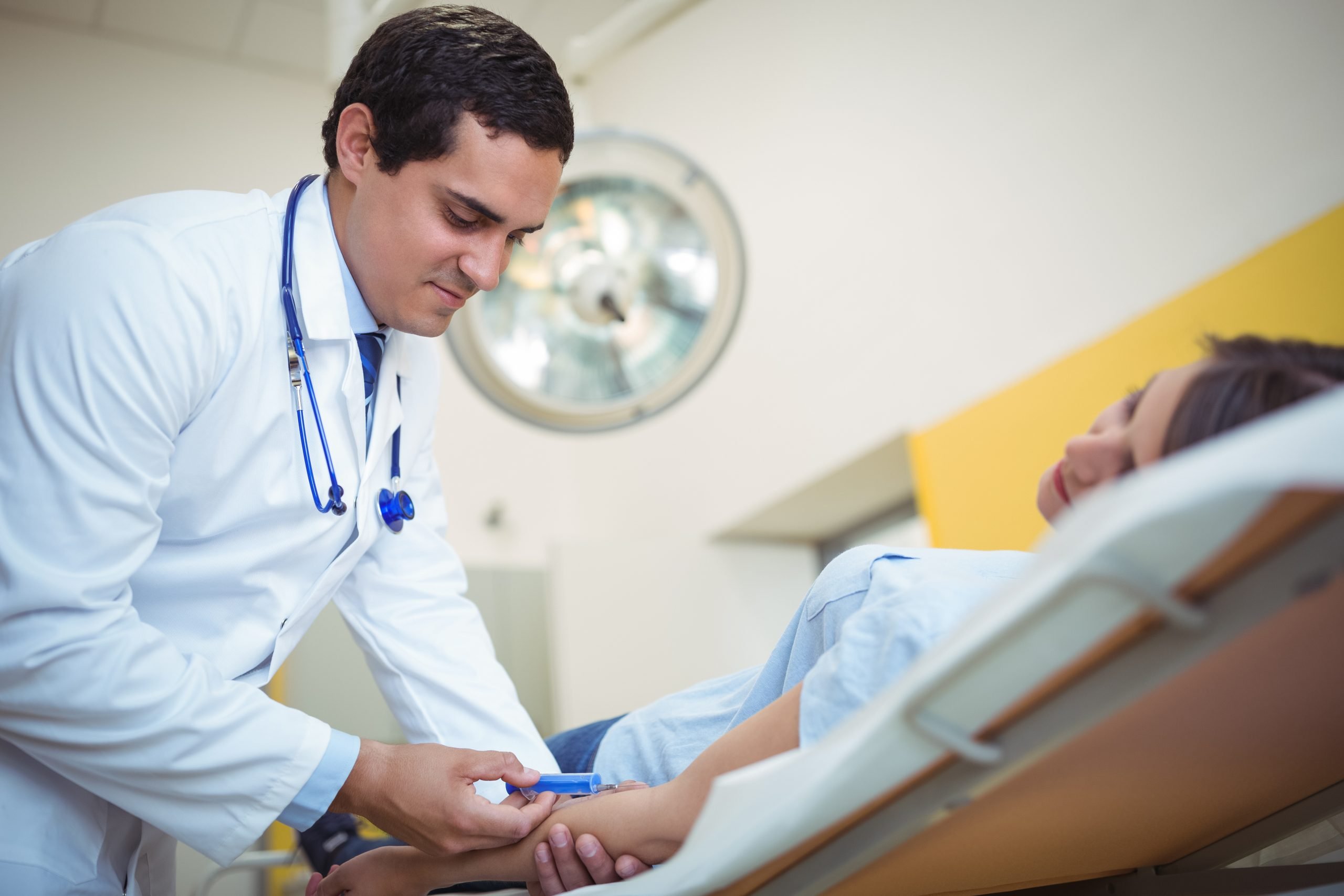 How Is Chemotherapy Given?

Chemotherapy can be given in several different ways: intravenously (through a vein), by mouth, through an injection (shot), or applied on the skin By vein (intravenous, or IV, treatment)Chemotherapy is most often given intravenously (IV), through a vein. Usually a thin needle is inserted into a vein on the hand or lower arm at the beginning of each treatment session and is removed at the end of the session. If you feel a coolness, burning, or other unusual sensation in the area of the needle stick when the IV is started, tell your doctor or nurse. Also report any pain, burning, skin redness, swelling, or discomfort that occurs during or after an IV treatment. Chemotherapy can also be delivered by IV through catheters, ports, and pumps.A catheter is a soft, thin, flexible tube that is placed in a large vein in the body and remains there as long as it is needed. Patients who need to have many IV treatments often have a catheter, so a needle does not have to be used each time. Drugs can be given and blood samples can be drawn through this catheter. Sometimes the catheter is attached to a port – a small round plastic or metal disc placed under the skin. The port can be used for as long as it is needed. A pump, which is used to control how fast the drug goes into a catheter or port, is sometimes used. There are two types of pumps. An external pump remains outside the body. Most are portable; they allow a person to move around while the pump is being used. An internal pump is placed inside the body during surgery, usually right under the skin. Pumps contain a small storage area for the drug and allow people to go about their normal activities. Catheters, ports, and pumps cause no pain if they are properly placed and cared for, although a person is aware they are there. Catheters are usually placed in a large vein, most commonly to your chest, called a central venous catheter. A peripherally inserted central catheter (PICC) is inserted into a vein in the arm. Catheters can also be placed in an artery or other locations in your body, such as:

The drug is given in pill, capsule, or liquid form. You swallow the drug, just as you do many other medicines.

The drug is applied on the surface of the skin. 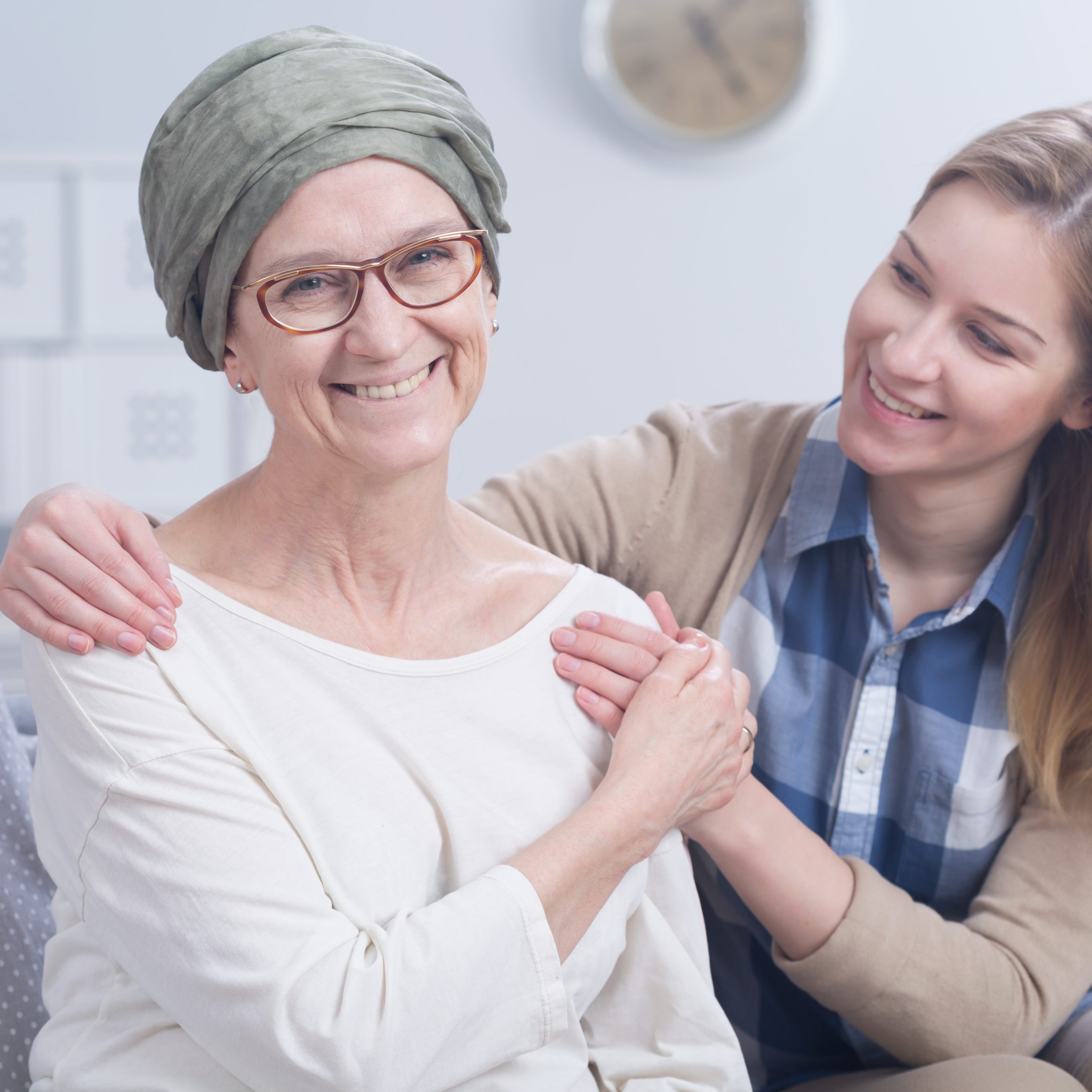 How Will I Feel During Chemotherapy?

Most people receiving chemotherapy find that they tire easily, but many feel well enough to continue to lead active lives. Each person and treatment is different, so it is not always possible to tell exactly how you will react. Your general state of health, the type and extent of cancer you have, and the kind of drugs you are receiving can all affect how well you feel.You may want to have someone available to drive you to and from treatment if, for example, you are taking medicine for nausea or vomiting that could make you tired. You may also feel especially tired from the chemotherapy as early as one day after a treatment and for several days. It may help to schedule your treatment when you can take off the day of and the day after your treatment. If you have young children, you may want to schedule the treatment when you have someone to help at home the day of and at least the day after your treatment. Ask your doctor when your greatest fatigue or other side effects are likely to occur. Most people can continue working while receiving chemotherapy. However, you may need to change your work schedule for a while if your chemotherapy makes you feel very tired or have other side effects. Talk with your employer about your needs and wishes. You may be able to agree on a part-time schedule, find an area for a short nap during the day, or perhaps you can do some of your work at home.

Can I Take Other Medicines While I Am Getting Chemotherapy?

Some medicines may interfere or react with the effects of your chemotherapy. Give your doctor a list of all the medicines you take before you start treatment. Include:

Remember to tell your doctor about all over-the-counter remedies, including vitamins, laxatives, medicines for allergies, indigestion, and colds, aspirin, ibuprofen, or other pain relievers, and any mineral or herbal supplements. Your doctor can tell you if you should stop taking any of these remedies before you start chemotherapy. After your treatments begin, be sure to check with your doctor before taking any new medicines or stopping the ones you are already taking.

How Will I Know if My Chemotherapy Is Working?

Your doctor and nurse will use several ways to see how well your treatments are working. You may have physical exams and tests often. Always feel free to ask your doctor about the test results and what they show about your progress.Tests and exams can tell a lot about how chemotherapy is working; however, side effects tell very little. Sometimes people think that if they have no side effects, the drugs are not working, or, if they do have side effects, the drugs are working well. But side effects vary so much from person to person, and from drug to drug, that side effects are not a sign of whether the treatment is working or not. 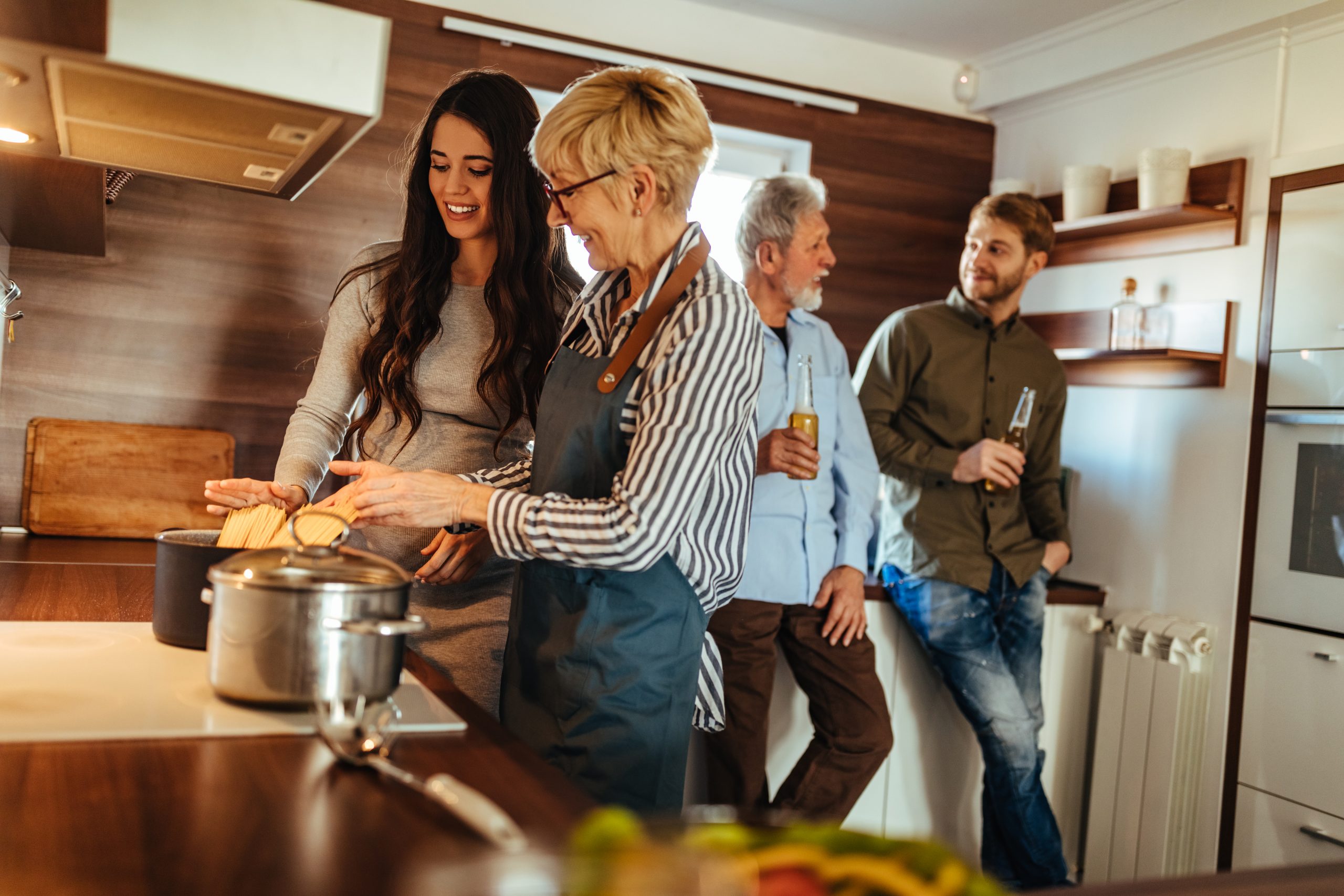 It is very important to eat well while you are getting chemotherapy. Eating well during chemotherapy means choosing a balanced diet that contains all the nutrients the body needs. Eating well also means having a diet high enough in calories to keep your weight up and high enough in protein to rebuild tissues that cancer treatment may harm. People who eat well can cope with side effects and fight infection better. Also, their bodies can rebuild healthy tissues faster.

On some days you may feel you just cannot eat. You can lose your appetite if you feel depressed or tired. (See “Getting the Support You Need” for advice). Or, side effects such as nausea or mouth and throat problems may make it difficult or painful to eat (see “Mouth, Gum, and Throat Problems” for helpful hints). In some cases, if you cannot eat for a long period of time, your doctor may recommend that you be given nutrition intravenously until you are able to eat again.When a poor appetite is the problem, try these suggestions:

Can I Drink Alcoholic Beverages?

Small amounts of alcohol can help you relax and increase your appetite. On the other hand, alcohol may interfere with how some drugs work and/or worsen their side effects. For this reason, some people must drink less alcohol or avoid alcohol completely during chemotherapy. Ask your doctor if and how much beer, wine, or other alcoholic beverages you can drink during treatment

Can I Take Extra Vitamins and Minerals?

You can usually get all the vitamins and minerals you need by eating a healthy diet. Talk to your doctor, nurse, registered dietician, or a pharmacist before taking any vitamin or mineral supplements. Too much of some vitamins and minerals can be just as dangerous as too little. Find out what is recommended for you.